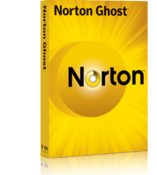 With Norton Ghost you can make regular backups without having to worry about anything. Your files will always be safe because Norton automatically backs them up

Norton detects the most dangerous times on your Internet connections and backs up when they're needed, when you're not using your computer, and when you won't need a lot of CPU power. It also compresses the files so that these backups do not take up so much space.

It also offers high-capacity backups on Blue Ray disks, up to 25GB per disk (50GB if double-layer is used).

Norton Ghost will also take care of all the security elements of the operating system and encrypt all the data, as well as decrypt them or restore the backups when necessary.